Sinkhole in Florida is a common and most prevailing issue nowadays. Ecologists are busy finding the best solution for them. Let’s have a big eye on Florida sinkholes.

What are Florida Sinkholes? Should you understand the sinkhole threat?

Florida sinkhole is a depression in the earth that may result from a rock dissolved in the water beneath. It sometimes may get too long and deep that it can engulf a large house at one. In Florida, a sinkhole is a common thing and the most threatening one.

Dissolution of the rock, usually the limestone, is more prevalent in areas where the precipitation rate is high. Limestone is such a rock that the movement of water quickly erodes it. On the other hand, Florida has a thick bed of limestone, which is the primary cause of the increasing sinkhole rate in Florida.

Sinkholes in Florida are most common in karst terrain areas. Karst terrain areas are those areas where the water bed beneath the earth dissolves the water-soluble rocks like limestone, dolomite, etc., resulting in a large crack on the rock bed which is prolonged to several areas and lands. In short, karst terrain is the areas having a break in their rock bed.

In the United States, approximately 40% of water is used for drinking purposes. Karst terrain or sinkhole in the more minor range cause water contamination as gasoline and other human activities brings drainage of pollutants in the underneath water bed through these cracks and causing the water contamination. In such a way, it can cause health hazards and other problems on a larger scale, as people drink this contaminated water in cooking and drinking.

In the United States, 20% of the land is Karst land, and the most famous point of the world regarding the karst land is also present in the United States named Kentucky. People usually take it for granted, but people should take care of the sinkhole as it may become a global issue once a day. It is not just a problem for Florida, but sinkholes are also significant in many other countries nowadays. It is just that sinkhole rates in Florida are high as compared to other states and countries.

Government should devise an effective policy to manage this sinkhole in Florida to keep themselves safe from future threats. One can estimate the danger associated with the sinkhole through one incident of the past. In 2014, in the National Corvette Museum in Bowling, a sinkhole opened under the floor, and it engulfed eight significant corvettes, display stands, and rails. This gives an outlook of the threat and happening associated with the sinkhole.

There are many aspects associated with sinkholes that require attention. We reviewed all the preliminary information on the sinkhole in Florida, its types, signs, and all the facts related to the Florida sinkhole. Let’s have a walk with them and go through them one by one.

What is the different type of Florida sinkholes?

Sinkholes in Florida are now a leading common problem. It comes basically in three types as listed below:

Cover collapse sinkholes occur in those areas where a cavity is present in the limestone bed. As it is permeable, it continues to enlarge until there surface cover can no more support its weight.

It is a prevalent type of Florida sinkhole. It occurs when there is a thin bed of permeable land and covered by limestone bedrock. Solution sinkholes bring the exposure of land or soil. It is pretty hard to handle, but the repairing can be done on a technical level.

Florida Sinkholes are very famous, such as the Diesetta sinkhole in Texas. It is a monster sinkhole as it is approximately 900 feet wide and 400 feet deep.

Except that there are many other Florida sinkholes too, like winter park sinkhole in Florida, Devil’s sinkhole in the Edwards country or place, Safferna, which is also present in Florida, etc.

Winter park sinkhole is also a giant sinkhole in Florida, and it accounts for 350 wide and 750 deep. As compared to them, the Seffner sinkholes in Florida are pretty small in size.

They are 20 feet wide and 50 feet deep. What about sinkholes in Edward’s country? They are also small in size and account for 40 feet across and 60 feet deep. Sometimes Florida sinkholes may become more profound and comprehensive if we leave them untreated initially.

So, we should not leave them untreated, but we should try to repair and recover them as we see and as soon as possible.

What are the reasons which bring Florida sinkholes?

Heavy rain means there is plenty of water to dissolve the rock bed, and on the other hand, if it is acidic too, it speeds up the formation of Florida sinkhole.

Florida sinkhole is merged up in the dry seasonal changes and brings a vast sinkhole that is wider and deeper than the single sinkhole. The occurrence of sinkholes is highly dependent on the land’s geological properties. Its thickness of rock bed, available rock type, seasonal changes, etc. They vary from area to area, state to state, and county to country.

If the sinkhole occurs in an area that is less populated or not populated by men, are con considered, and the respective authorities do nothing. But if it appears in a populated place, it becomes a matter of concern. But it is barbaric because these neglected sinkholes may merge and bring deeper and wider sinkholes, which can get more difficulties in the future. So, people or respective authorities should not ignore them.

What are the zones of sinkholes in Florida?

Florida sinkholes are divided into four zones, ranging from yellow to pink. Categorizing zones helps to read a Florida map and quickly identify the sinkhole problem in a particular area. Let’s have a look at them one by one:

Green zone includes port st. Lucie,  Fort LauderdaleOrlando cities. In this zone, there is porous sand and which leads to sinkholes in the respective areas. Cover collapse and subsidence holes are widespread, then the solution sinkholes in this zone. They have a range from 20 to 200 feet. We should take care of such Florida sinkholes as they enlarge quickly and can bring horrible results.

The cities in this zone include St.  Petersburg, Tampa, Tallahassee. This zone is characterized by cohesive but permeable land or soil, resulting in sudden collapse sinkholes in Florida.

Sinkholes are the natural part of our ecosystem, but our daily activities are also a leading factor in Florida’s sinkhole problem. In few areas, if we can’t control the formation of sinkholes, it is ok. But it is not ok if we leave them untreated. We should repair them as quickly as we can without any regret.

What are the signs of Florida sinkholes?

Signs are a fundamental thing. It will give us a prediction of the possible happening of the future. One should know the signs of sinkholes in Florida as he is a simple homeowner, caretaker, or successful. If we know the signs of sinkholes, we can recognize that it is either a sinkhole or a simple hole and can do some steps to recover and prevent the sinkholes in the future. Florida sinkholes have many signs, but some vital signs are listed below:

It will be easy for you to deal with the Florida sinkhole when you know the sign of a sinkhole. Before making a house, you should always focus on the primary elements, which may not form a sinkhole in the future. It would be best if you always looked for the proper balancing of soil bed and water management first, then the quality of concrete is the other most vital thing to consider. On the other hand, you are likely to have sinkholes in Florida when you observe such signs.

What should one do when a sudden sinkhole arises in Florida?

They are not sudden, but if the sinkhole occurs suddenly, you should call to the concerned sinkhole helpline in Florida and then keep the people away from it because, in some areas like karst areas, there is a chance that a sinkhole may occur suddenly and be a larger and deeper one. So, you should keep the lives away. On the other hand, if there is a small sinkhole in the garden or on any area of the house and other foundation, you should account for it on the number one to repair it.

Moreover, you should do your best to recover and repair this sinkhole as much as possible and as soon as possible. Because if it is prolonged, it may bring you to severe, life-threatening problems. According to FDA, in the United States, the sinkhole problems exist no more, but it is still present in its Florida state, where a common issue still needs a well-designed and well-organized policy.

Facts about Sinkholes in Florida:

Florida is such a place that it has a vast, thick bed of limestone, calcium carbonate everywhere. They are three miles wide. In Florida, water comes from many other countries and sites. You can say that in Florida, water comes from the south, east, and west direction. What has happened that a sinkhole is formed? A sinkhole is a hole formed due to the dissolution of calcium carbonate in the water. People usually have some myths and confusion about the FL sinkhole. Some facts associated with the sinkhole are listed below:

Is sinkhole given in Florida? Yes, due to the privilege of the sinkholes in Florida, sinkhole insurance is provided in Florida by the government or engineers and contracts and landlords of that particular foundation. Even if you find the sinkhole in the home after the insurance, you can sign a petition against him in court or the police.

Florida sinkhole occurs naturally. People thought that they might not happen artificially. No doubt, Sinkhole in Florida may occur naturally due to harsh weather conditions like a thunderstorm, acid rain, land slippage, earthquakes, etc., but it is not always true. Your activities can also lead you to have a sinkhole in your area. Such as your poor water management in your building, etc., as in some cases, you also neglect the early sign of sinkholes in Florida.

It is because we left the sinkhole as it is in its early stage. A sinkhole in its early stage can be recovered as a hole in a tooth is refiled, the same as an island is formed on a sinkhole by filling and repairing a sinkhole. Still, it can only be done and successful when you do it at the initial stage of a sinkhole. Later on, it became more comprehensive and deeps which were challenging to handle and repair. There is also nothing wrong if I say that it is almost impossible to repair.

Sinkhole in Florida is a prevalent issue that requires your focus. Sinkhole Florida is manufactured by the dissolution of the bedrock in the water. And then it ultimately results in a sinkhole. The climatic changes form sinkholes, but they may also occur because of poor developmental strategies. The occurrence of a sinkhole in Florida depends upon the geological properties of that place. If you live in such a place, you should be attentive in this regard and always keep an eye on the sign, as it can protect you from future threats. 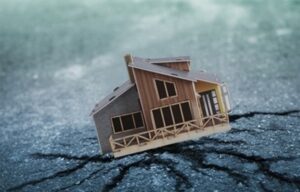 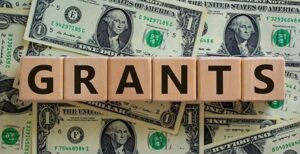 Best Home Improvement Grants to Cover Your Next Project

How to Monitor Foundation Cracks